“I am very happy with this victory. Today was a very difficult stage but tactically we did a perfect race. The Tour de Turkey is an important success for me. Turkey is a fantastic country. It is beautiful. The race was very well organized.” 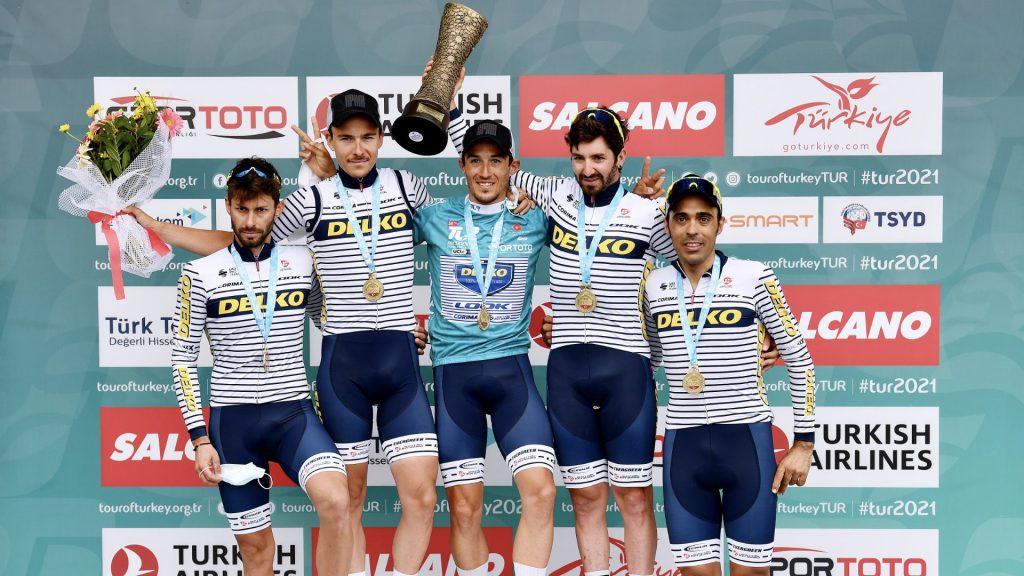 José Manuel Diaz Gallego of Team Delko,26 years old, has taken the first step on the podium of the Presidential Cycling Tour of Turkey.

The Spanish climber, equipped with the 785 HUEZ RS, took the leader’s jersey after his victory in the queen stage on April 15.

His success was due to the hard work of his entire team in preserving the leader’s jersey until the finish line. The efforts of all the team members paid off as Delko also finished at the top of the team classification.

The Marseille-based team has thus made a full house and starts the spring season on a very good note, congratulations to them!

With this note we start our review of the Look 785 Huez RS, the company’s newest ultralight offering for those who have to have the lightest bike in the peloton.

The Look 785 Huez RS was developed originally back in 2017 with a rim brake version carrying the iconic mountain’s name (Alpe d’Hues). It was designed to be the ultimate climbing bike offering from Look. With it’s noble 730 grams frame the Look 785 Huez RS really stepped to the plate as a superb climbing bike. However the company did not intend that the bike would hold its own so well against more “aero” designed counterparts. The 785 Huez RS performs remarkably well as an all rounder. Partly because of the more traditional looking lines in its geometry but, do’t let that full you, the bike is packed with modern designed features that make it fast, nimble, and responsive. These qualities are clearly felt on the decent and while under power on the climb. The look 785 Huez RS is truly a dream to ride.

Since 2017, Look has included some model variations but staying true to the design and the objective with the 785 Huez Rs. With the industry’s push to subcategorize the road cycling segment into: aero, endurance, climbing, all-rounder, etc… Look added the “785 Huez” without the RS designator. This meant the new “785 Huez” is a slightly heavier carbon mix but also making it not only less expensive but more geared towards endurance. Similarly, they have added disc brakes to both the RS and the plain version of the bike. This has made the 785 model completely up-to-date with industry trends and consumer demands as well as, making the bike more available to entry-level riders. However, true climbing specialist will prefer the 785 Huez RS with it’s traditional rim brakes to save ever gram possible and really experience the vertical ascension power of the bike.

It is important to note that while Look Bicycles has had a spotty and mediocre appearance in the U.S. market, the Look company is one of cycling’s most iconic and successful brands. Look has been responsible for most of the things we take for granted on a modern bike, as well as a ton of other technology applicable to the sport. Starting with the first carbon fiber bikes, the first clip-on pedals, and the first integrated bars to name a few. The most successful modern rider would be the American Greg LeMond who’s palmares includes 3-times winner of the Tour de France, 2-Times World Road Race Champion, Congressional gold medal and many other professional victories. With that, it is great to say that Look Bicycles is back in the USA and with a great lineup of bikes that includes the amazing 785 Huez RS and many other equally impressive models, bringing a refreshing line of options to the American cycling consumer and much needed variety in the product offering.

We encourage all cycling enthusiast to try out a Look 785 Huez RS and for those starting up, the 785 Huez is one of the best product offerings we have seen available today. 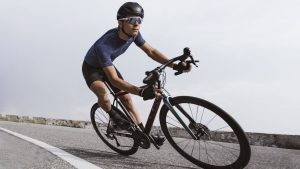 JOSÉ MANUEL DIAZ AFTER HIS VICTORY IN THE TOUR OF TURKEY WITH HIS LOOK 785 HUEZ RS… “I am very happy with this victory. Today 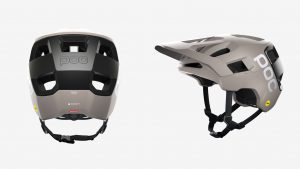 Taking a Closer Look At the POC Kortal Helmet – A specialty Helmet for Mountain Biking MTB Rooted in Sweden, the folks behind POC helmets

Check out our Youtube Video Review of the Basso Astra Carbon Road Bike. One of the ONLY Italian “Hand-Built” bikes left with their entire production