Team Jumbo-Visma’s Slovenian claimed the GC success at the Vuelta a España reaping Gimondi and Coppi’s heritage, in the centenary of the Campionissimo’s birth. Roglic built his success with an ITT win and an impressive consistency throughout the race.

How to win Vuelta a España on the first attempt? Team Jumbo-Visma’s Slovenian Primoz Roglic rode his Bianchi to the overall success in the 74th edition of the Iberian stage race, rounded-out by the 106,6 km finale from Fuenlabrada to Madrid (Spain). Like Felice Gimondi did in 1968, in the day of the centenary of Bianchi icon Fausto Coppi’s birth, Roglic topped the Vuelta in his first participation, taking advantage from the victory in Pau ITT and several podium and Top 5 spots, that earned him also the primacy in the Points Classification. The 29-year-old rider from Trbovlje finished the Vuelta with a 2:33 advantage on Spanish rider and current World Champion Alejandro Valverde and 2:55 on fellow countryman Tadej Pogacar. 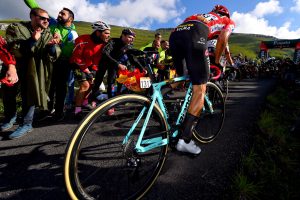 Roglic took the leader’s red jersey riding Aquila CV to win Stage 10, a 36,2 km Individual Time Trial  from Jurançon to Pau (France). However, the Slovenian had previously paved the way for the throne placing third in Calpe and Cortals d’Encamp, runner-up in Mas de la Costa and wiping up the harmful effects of the crash in the opening Team Time Trial. 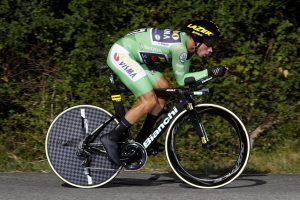 As he took over the race, Roglic controlled the attacks of the rivals with the help of his team, strengthening his lead with the second spots in Los Machucos and Becerril de la Sierra, one of the race’s hardest mountain stages, using his Bianchi Oltre XR4.

The GC win at the “Vuelta” is the fourth overall success for Roglic in 2019, after UAE Tour, Tirreno-Adriatico and Tour de Romandie. Primoz entered the club of the champions able to top a Grand Tour with Bianchi, including Fausto Coppi, Felice Gimondi, Danilo Di Lucca, Marco Pantani, who left his mark on the cycling history with a resounding Giro d’Italia-Tour de France double. The Slovenian had placed fourth at 2018 Grande Boucle and third at 2019 Giro d’Italia. 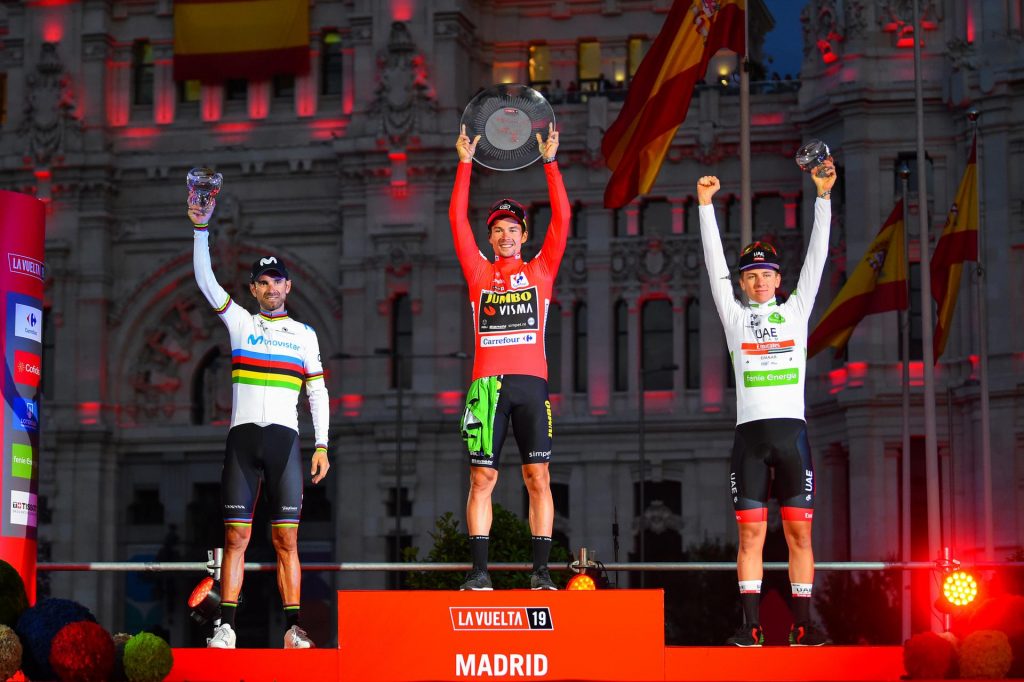 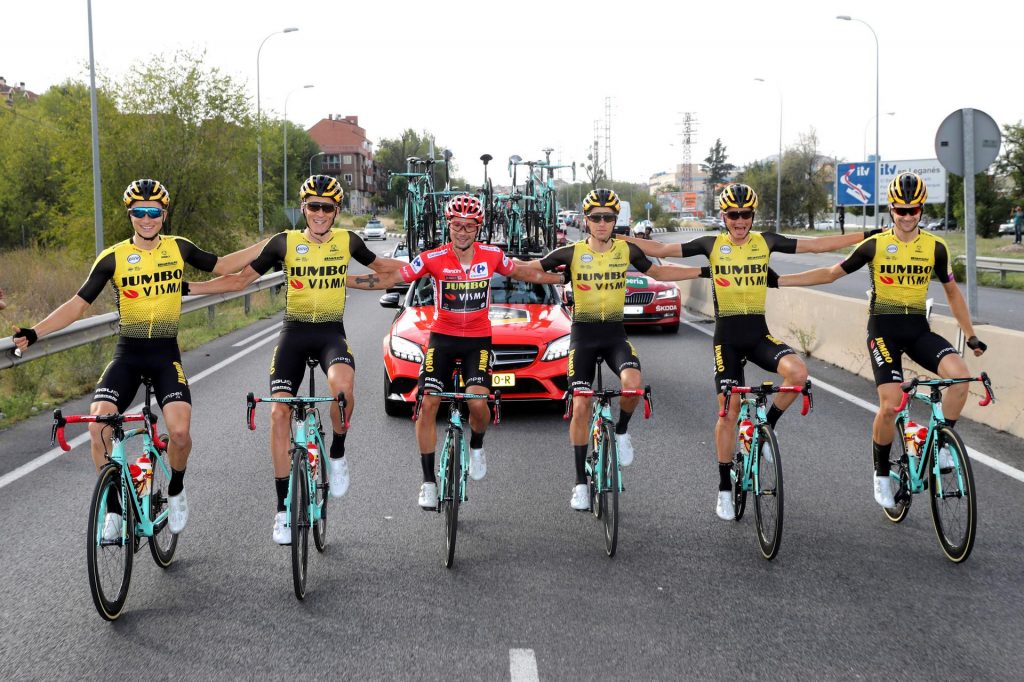 THE BIKES OF TEAM JUMBO-VISMA

The Team Jumbo-Visma is equipped with Oltre XR4, Bianchi’s ultimate aero road racing machine. Engineered with the Bianchi “CV” or Countervail system, developed and tested in cooperation with World Tour Team Jumbo-Visma, the Oltre XR4 is designed to maximize the aerodynamic advantage and control. 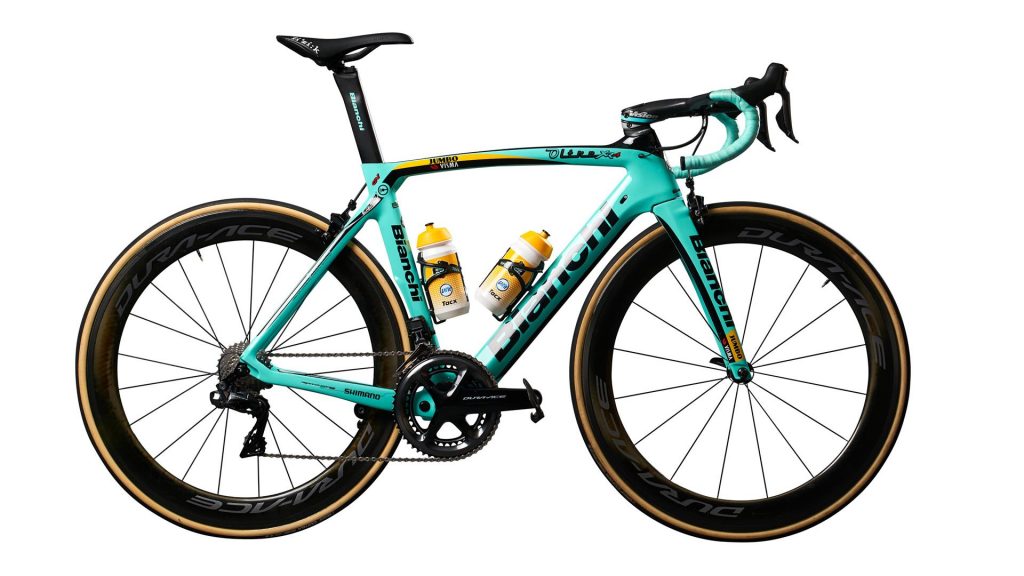 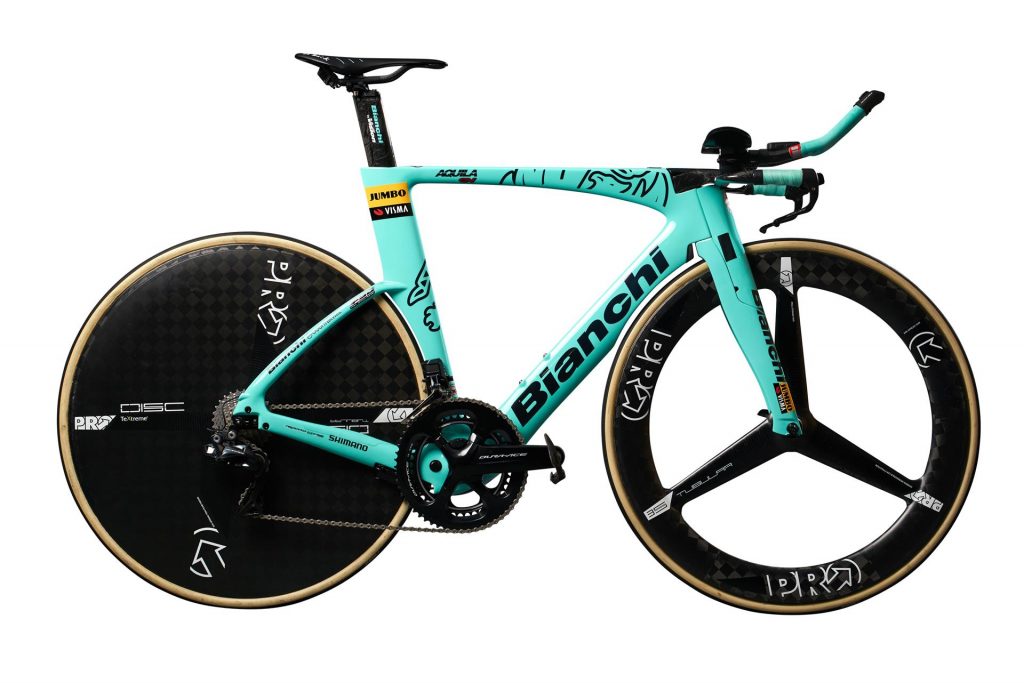 Check out our Youtube Video Review of the Basso Astra Carbon Road Bike. One of the ONLY Italian “Hand-Built” bikes left with their entire production

Check out our Youtube Video Review of the Basso Venta Carbon Road Bike On this video we take a close look at the BASSO Venta. 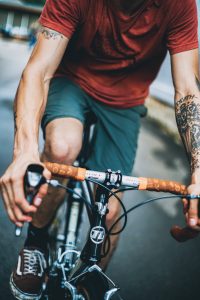 So you were riding down the road on a crisp flat trail, the wind is hitting your face and you’re just about to reach your